Video of the ceremony

BEIJING, 28 October – As part of its celebrations for the 77th United Nations Day, the United Nations in China hosted a formal ceremony at Prince Jun’s Mansion in Chaoyang District in observance of the occasion. The ceremony saw the attendance of more than 100 guests, comprising representatives from the Government of China, Ambassadors, and invited partners from academia, business, and civil society. 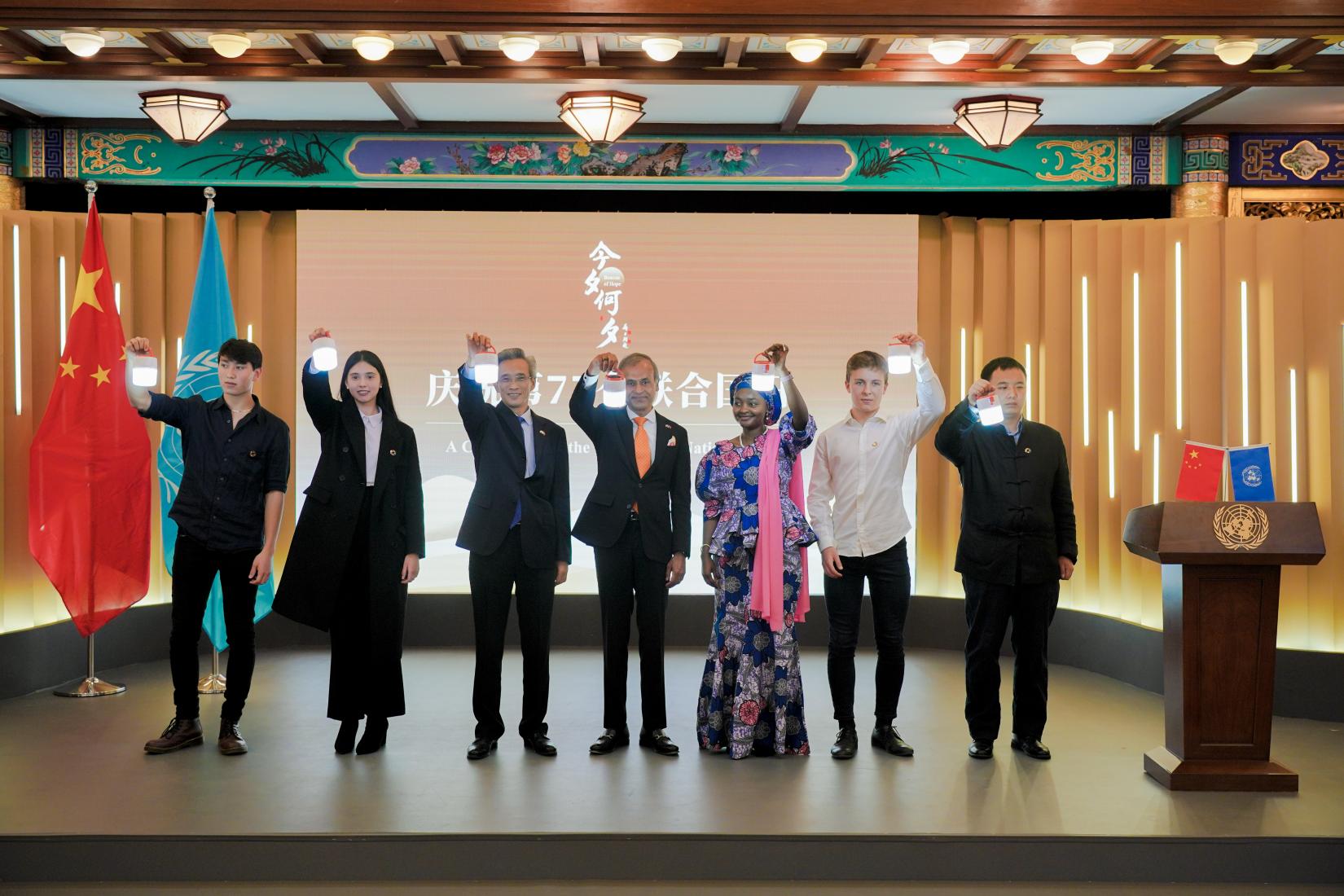 The UN in China used the ceremony to acknowledge a time of increasing global challenges whilst placing focus on youth and their hopes and aspirations for the future. The ceremony, held under the theme, “A Beacon of Hope”, sought to underscore the importance of intergenerational solidarity in achieving the Sustainable Development Goals (SDGs), with youth as the torchbearers of the 2030 Agenda for Sustainable Development.

UN Day, on 24 October, marks the anniversary of the entry into force in 1945 of the UN Charter. Celebrated every year, the occasion offers an opportunity to reaffirm the purposes and principles of the UN Charter that have guided the Organization and the international community for the past 77 years.

Mr. António Guterres, UN Secretary-General, in a video message played at the ceremony, said, “Today our organization is being tested like never before. But the United Nations was made for moments like this. Now, more than ever, we need to bring to life the values and principles of the UN Charter in every corner of the world.” 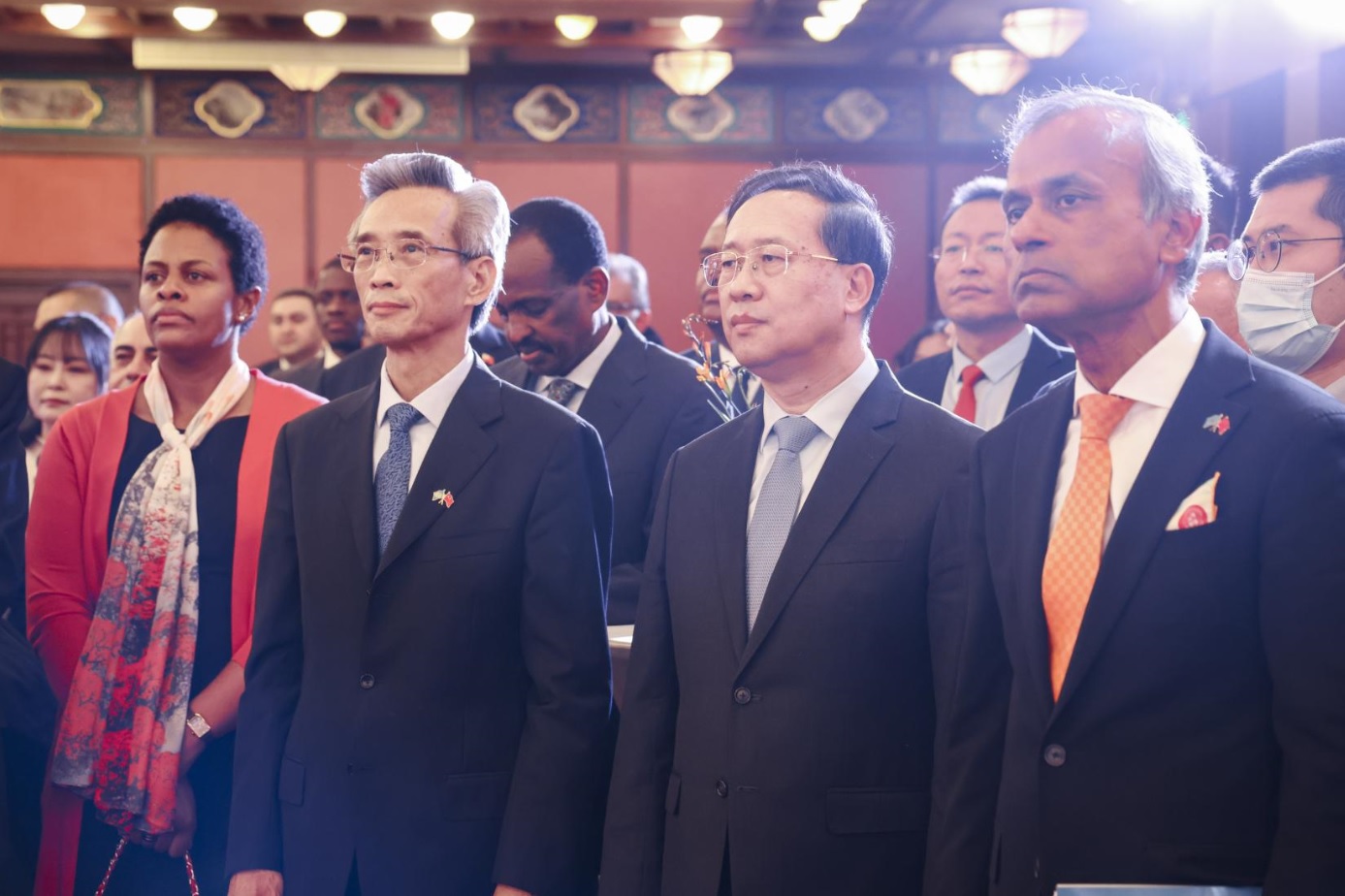 Representatives of the Government of China, with Vice Minister of Foreign Affairs Ma Zhaoxu serving as the Guest of Honour, made prominent appearances at the ceremony, thereby highlighting China’s support as an important contributor to the work of the Organization over the past decades.

His Excellency Ambassador Ma Zhaoxu, Vice-Minister of Foreign Affairs for the People’s Republic of China, during his remarks, said, “Over the past four decades and more, the UN development system in China has actively shared with us development experience of other countries and mobilized international development resources to contribute actively to China's reform and opening-up and high-quality development. We hope UN development agencies will keep to the development-first approach, take an active part in Belt and Road cooperation and the GDI, focus on the practical, urgent needs of developing countries, and help them better respond to global challenges and accelerate the implementation of the 2030 Agenda. China will continue to support and facilitate UN development agencies in forming synergy with China's development priorities and bring China-UN cooperation to a new level.” 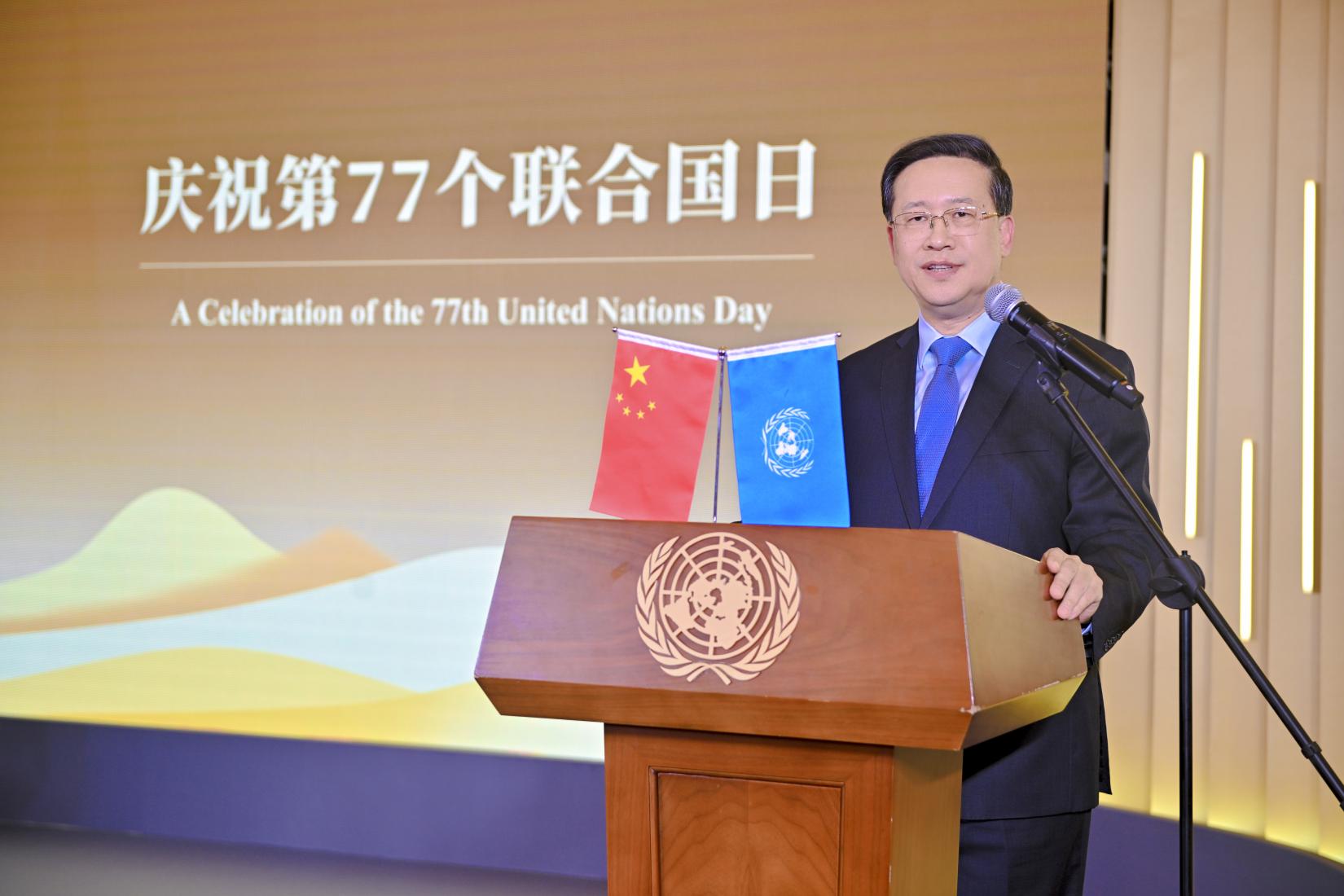 Caption: Ma Zhaoxu, Vice-Minister of Foreign Affairs for the People’s Republic of China

Representatives of the UN in China, led by Resident Coordinator Siddharth Chatterjee, were in attendance throughout the ceremony. The Resident Coordinator used his remarks to stress the need for solidarity and international cooperation in the face of interconnected threats, including the climate crisis, conflict, rising inequalities, and the COVID-19 pandemic, while emphasizing the centrality of youth and their concerns and participation in forging new solutions to accelerate global progress on the SDGs. 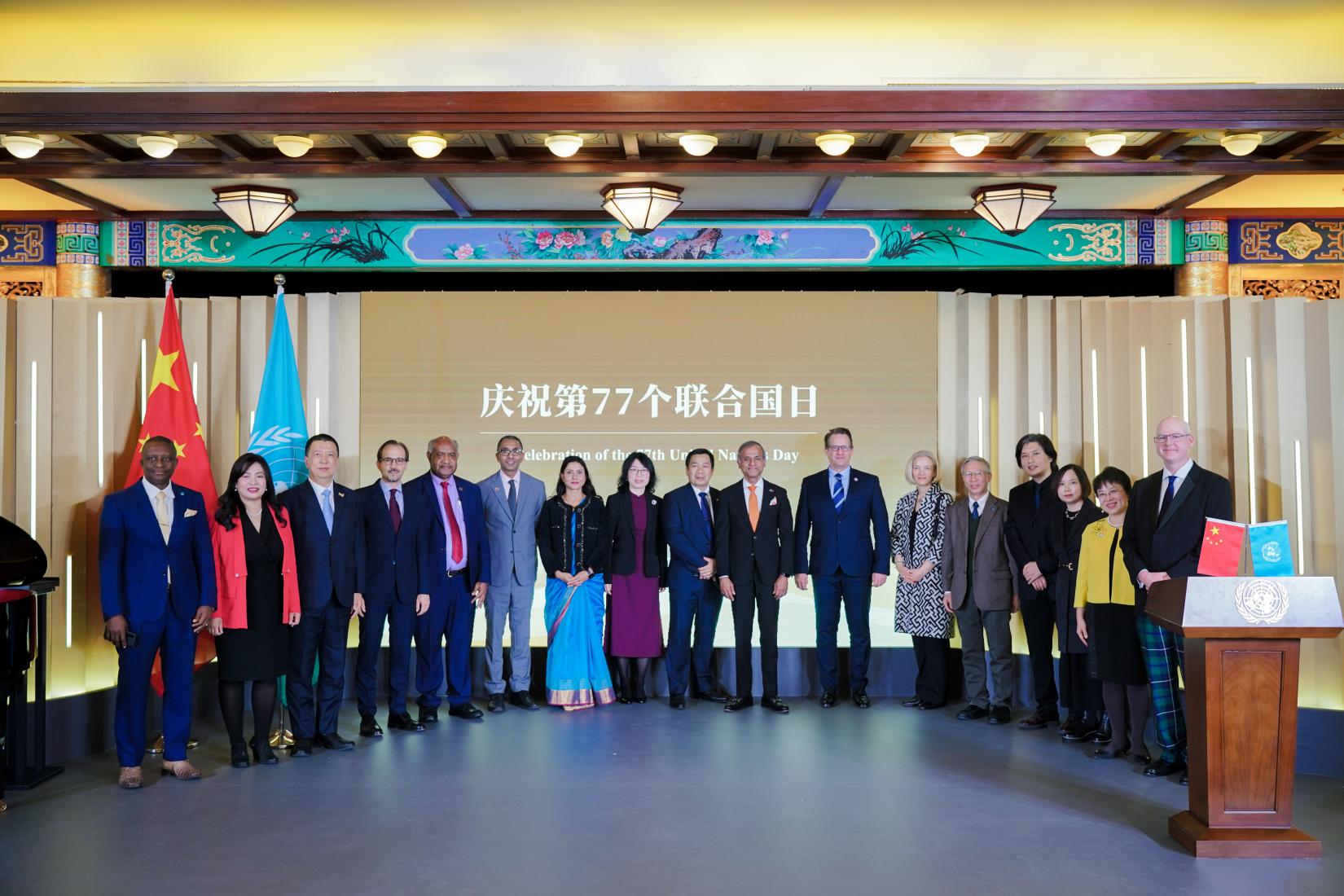 Caption: Members of the UN Country Team in China

Mr. Siddharth Chatterjee, UN Development System Resident Coordinator in China, during his remarks, said, “We need to find strength and solutions in multilateralism—by rekindling old partnerships and forging new ones, by focusing on the issues that bring us together, rather than solely on those that divide us. This is our only path to survival and to peace, dignity and equality on a healthy planet for future generations. We have to work together and prove the value of global solidarity as we redouble our efforts to rescue the SDGs and give human development and humanity a fighting chance.” 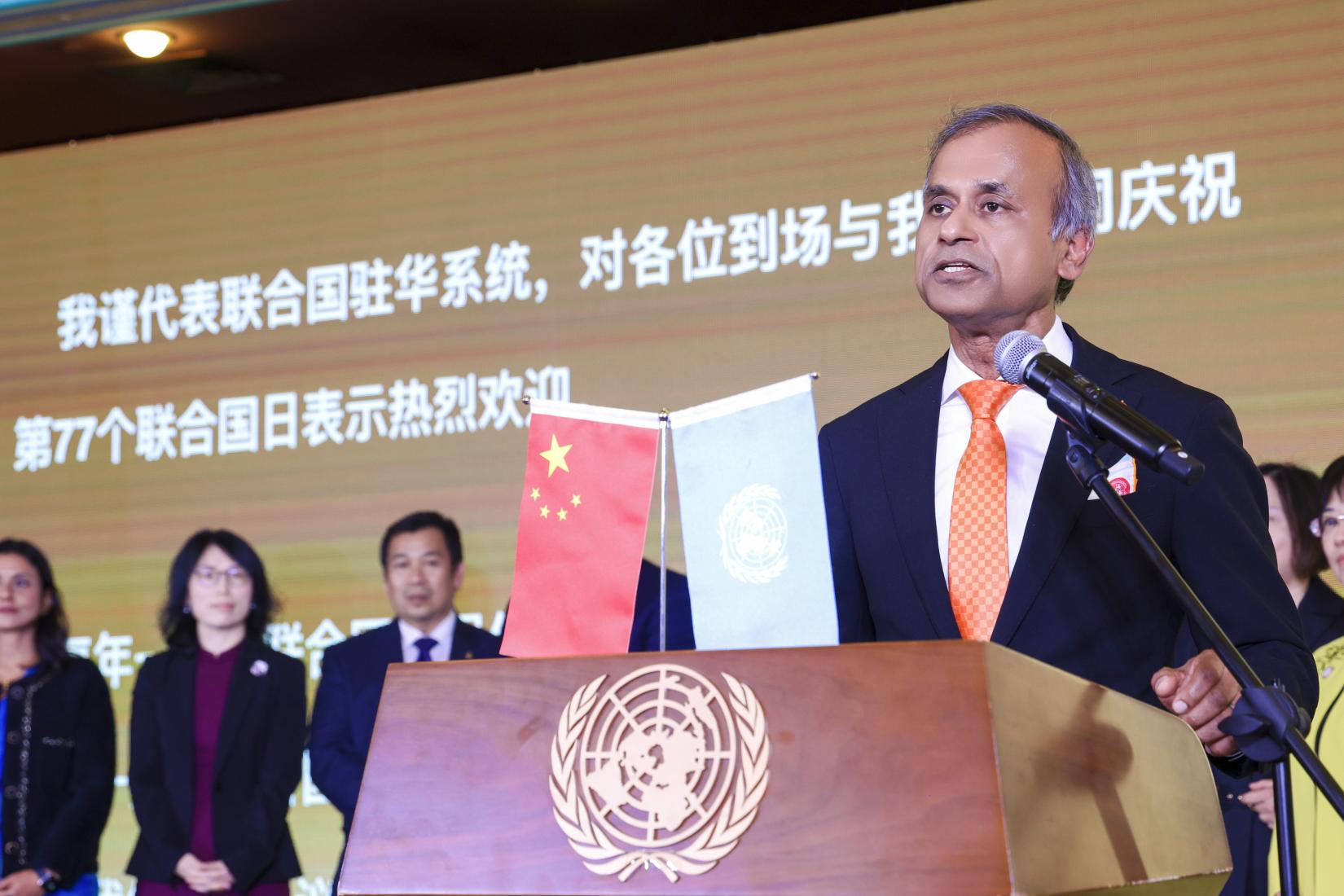 During the ceremony, youth representatives from around the world took the stage to add their voices and offer a call to action in several key areas, including climate change, health, education, employment and entrepreneurship, and youth empowerment and engagement. This segment follows recent momentum from a youth dialogue hosted at the UN Compound in Beijing on 24 October. 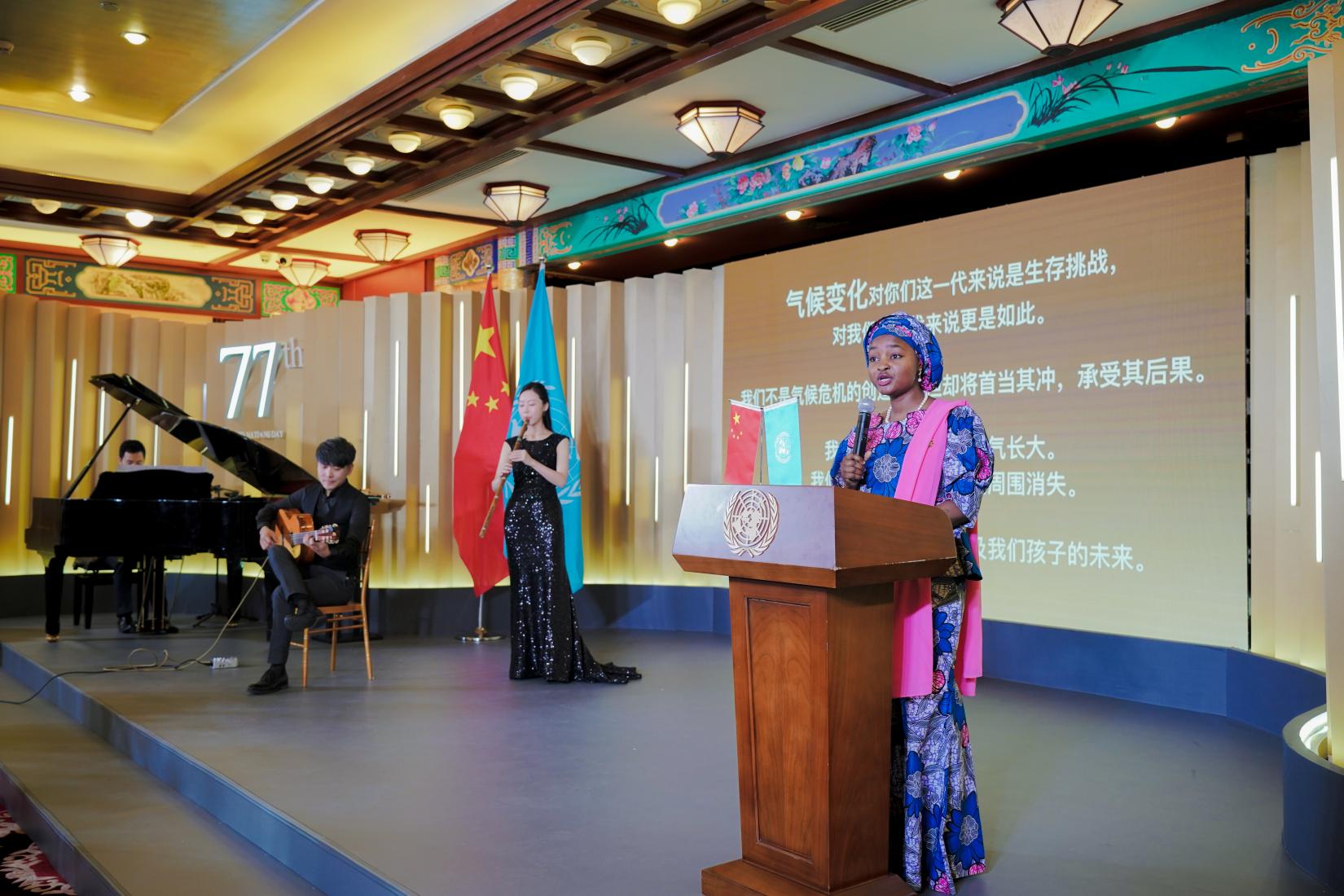 In a symbolic moment, guests were asked to raise a number of solar lanterns towards the conclusion of the event, in a nod to the theme of the ceremony. During this, the Resident Coordinator and youth representatives were joined on stage by the President of the Chinese People’s Association for Friendship with Foreign Countries, His Excellency Ambassador Mr. Lin Songtian. The ceremony also featured other performances and other activities choreographed and organized by The Poem for You. 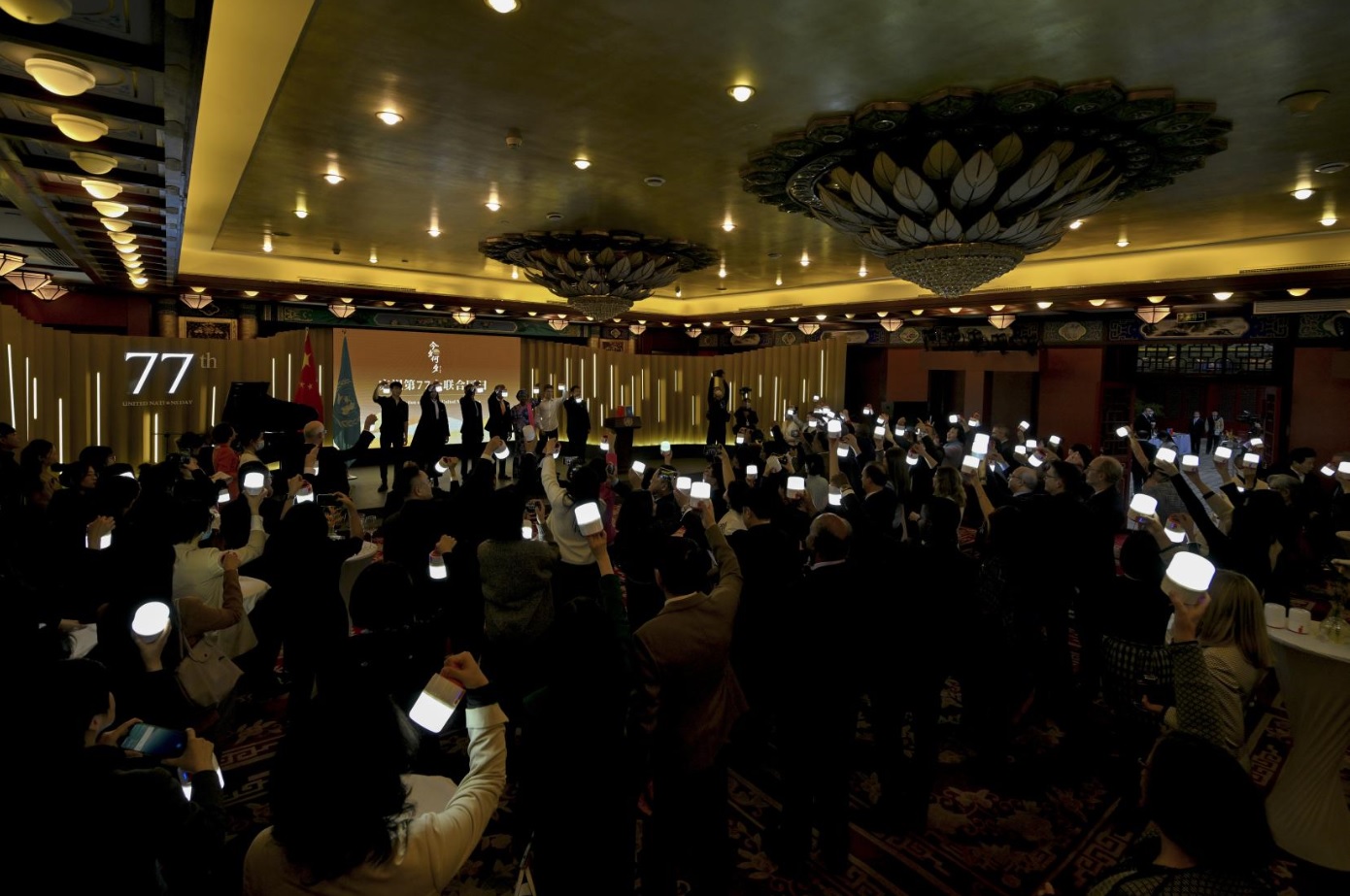 The UN in China gratefully acknowledges the efforts of the supporting organization, the Chinese People's Association for Friendship with Foreign Countries and the organizing partner, The Poem for You, towards hosting this ceremony.